Dia de Los Muertos.
The Day of the Dead. 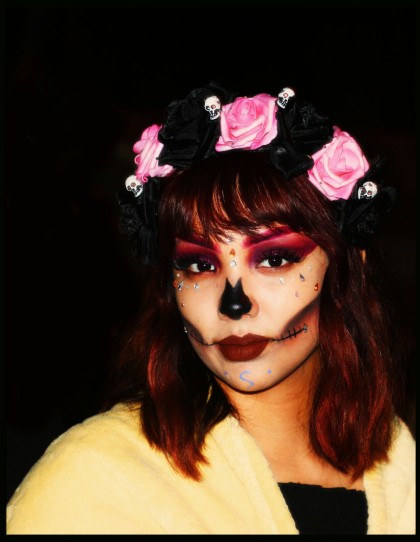 All Photographs by PAUL ZOLLO 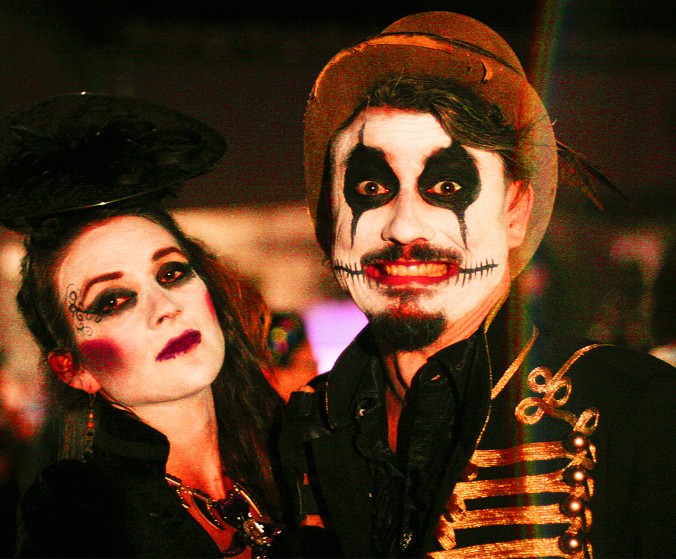 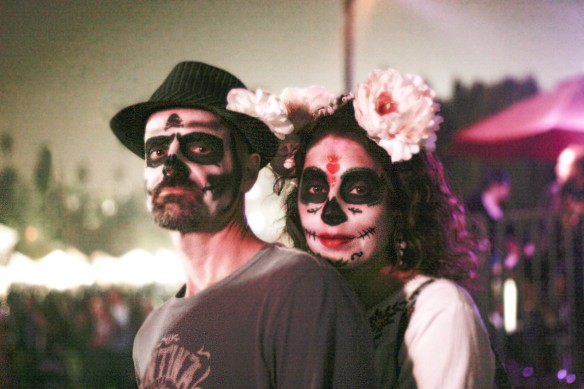 On Day of the Dead.

I exult in taking photos of people and places in and around Hollywood, but there is no annual event I love more than the annual Dia de los Muertos -Day of the Dead – celebration at Hollywood Forever. The oldest and most historic cemetery in Hollywood, older than the movies which came to town (Paramount is built on ground that was once cemetery -though “unpopulated”), there are more icons and stars here than anywhere in Hollywood.

Day of the Dead also is such a poetic tradition – and in colors, elaborate flowered costumes and traditional skull make-up that I find so poignant, and beautiful. The color scheme is so beautiful, all those autumnal oranges and reds,  perfect for this haunting festival  of Fall. All to celebrate and rejoice in the beauty of so many lives, embracing the fullness of life by reveling in the small details of lives, souvenirs, in beautifully ornate altars which stretch through the entire place.

Do that here – in this old cemetery which has been here since the 18th century full of beautiful stone tombs, green grass and lakes, and it is photo Christmas.  Everyone feels a spirit both solemn and joyful. Most of the people present are in the elaborate make-up, including whole families with kids. Many of these were painted at  home with family, while many others stop at the stands along Santa Monica Boulevard and do it there or at tables inside.

This is more than make-up, after all – this is beautiful ancient folk art – each resonating with the same themes, but each unique – shaped both by face and choice. And it takes some time of being still. When it’s finally finished, everyone is eager to parade through the cemetery and happy to be photographed. Which is a real treat for a photographer that wants to get people to engage. Unlike the real world, where many people would prefer to not have their photo taken, here they’re happy to stop and be photographed , and to have this art they’ve become preserved, here among these fields of tombs and memory. 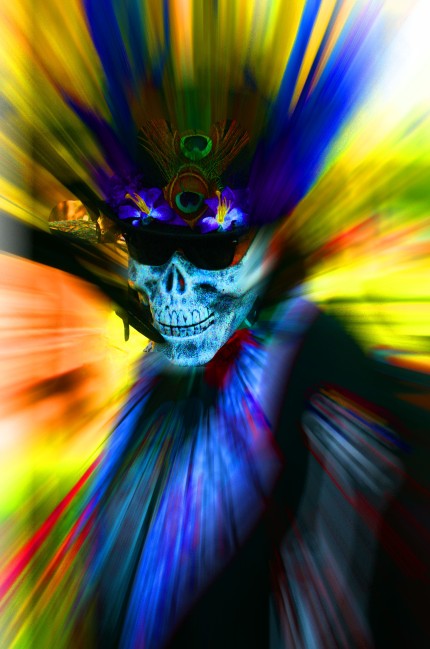 Countless legends are buried or interred here, including Valentino, Judy Garland, Mickey Rooney, John Huston, Peter Lorre, Marion Davies, Virginia Rappe, Johnny Ramone, Chris Cornell, Tyrone Powers, and even the greatest star Hollywood has ever known, Joe Frisco.  There’s also the studio owners – such as Harry Cohn – and those who made the movies, such as Cecil B. DeMille.

And each year they provide this beautiful festival – and each year it is an absolute joy to photograph. Here Day of the Dead in Hollywood this year, already the 18th of this century  Saturday, October 27, 2018. Photographed in sun and dark, between noon and midnight.

From an altar in memory of the great Martin Landau;  his
favorite things – his bottle of Campari, cigarettes, apples, photographs.