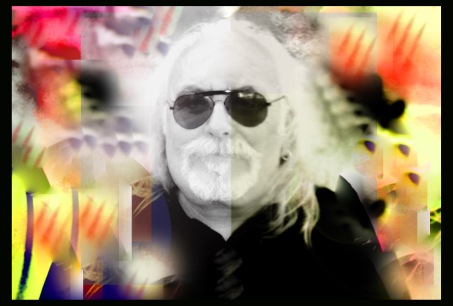 Well that don’t make much sense, but babies it’s so cool, so cool

I don’t give a damn what you do

You know God loves you and my love is true.”

From “My Love Is True” by Michael Hughes

In the world of Michael Hughes, even God sings the blues. “My Love Is True” is God’s blues for mankind. But like most of the songs here, it isn’t a down blues, it’s a redemptive, loving blues, a blues to give you hope. It’s a blues that proves God has a sense of humor, but a gentle one – and he digs a good groove.  A song, like all of them in this remarkable song cycle, that uses the blues as a tool for redemption. As a reason to believe.

And just when it looked like all hope was gone.

In an age of much that is flimsy and insubstantial at best, the blues of Mr. Hughes is a revelation. It burns with the raw fire and pure intensity of classic blues, but with an edge of affirmation, a spiritual dimension that expands the scope of every song. These are blues as rich as life itself. In a world where more and more people are making music with less and less substance, here comes Hughes to remind us how good it can be. 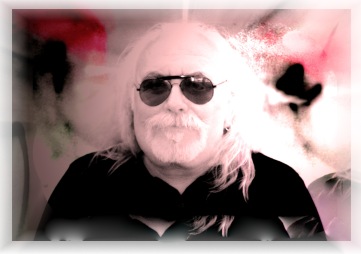 Mostly it’s because this is essential music, uncontrived. It’s the authentic thing, the true blues conveyed by a modern bluesman  connected vitally to the roots, but with eyes and heart fixed strongly on the present.  It’s there in his voice – a voice of unadorned passion and real heart – and the sense that this is real.  This is worth pulling the car over to the side of the road and turning off the engine. Turn off your phones even (if you can) and just listen. And remember.   From the first ecstatic build-up of “Double Shot Of You,” fueled on a great wailing guitar/harmonica riff that would make Muddy Waters grin, nothing phony happens here. This is the living blues, and it’s something that can’t be contrived.

Bob Dylan famously said that the world doesn’t need any more songs, that we’ve already got more than enough. But that came with a qualifier: “Unless someone comes along with a pure heart.” Michael Hughes is that man with a pure heart. His soulful singing injects his words with a keen focus. No frills here, or ditties. There’s a sense that time is limited, and our attention spans already over-taxed, so let’s not mess around – let’s get down to business. And that is what he does.  “My Love Is True” says it all. This isn’t hidden between the lines love, or love with any strings attached. This is the real thing, as pure as his heart, as timeless as the blues,  as unconditional as the ocean, as limitless as the sky.

Willie Dixon, often called the Father of the Blues, once said, “All blues are happy blues.” That although the blues has a reputation as down music, the stuff of tragedy, in fact it’s the music of life, of the heartbeat, of the real “facts of life,” according to Willie, life as it is lived.  Even when the subject matter turns tragic, the bluesman’s ability to transcend tragedy to soar on the wings of music is always joyful. 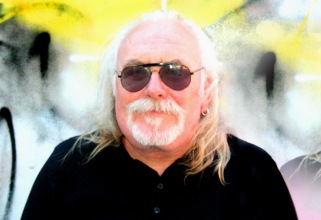 Over and over Hughes uses the blues as a message of affirmation. When he sings “The Soul Train’s A Comin’,” you believe it, and run out to the tracks to wait its arrival. This is good news, this blues.

Hughes wrote all these songs himself, with the exception of “Lover,” by Ron Ellis and J. Michael Ellis. But Hughes so inhabits it, it’s hard to believe it is not his own  A fierce and earthy ode to a loved one, it’s built on a remarkably complex yet visceral riff, as if Coltrane collaborated with Howling Wolf. Yet Hughes rips it off with ease, against a great walking bassline, as if he was born with an electric guitar. It’s a blues shout-out – a raging, stomping affair with Hughes singing with a voice of the ages, a voice enriched by decades, with no caginess here, nothing held back. It’s a real love song, embracing the unfathomable realm where physical and spiritual love meet .

That the man is a Vietnam vet who was wounded then and then discarded like so many thousands of American heroes only adds to the pain expressed here, and the pain transcended.  He’s a secret hero, forever undefeated.  And though America failed to honor him and his brothers in arms, we celebrate him now, and all who served.

He stills knows how to build a mighty platoon, wisely  surrounding himself with powerhouse musicians.  It’s all built on the rock-solid rhythm section of Charlie Ezelle on drums and Joe Ellis on bass. Johnny B. provides fine keys, especially his fine piano romp through “Blues Highway.” Charlie Ezelle’s drums throughout are deeply in the pocket, both creamy and crisp, providing precision throughout but with rich flourishes of full fervor, his big tom-toms resounding as deeply as his snare cracks are bright. Hughes delivers up a heady momentum with blazing, eloquently melodic  solos and tasty crunchy rhythms throughout, his guitar work as focused and fine as his singing is soulful. And matching always his level of passion is the great Wayne-O-Mills on blues harp, whose playing is a revelation. That harp linked with Hughes’ spirited guitar work throughout is the bloodstream of this music, the constant river  down which his blues boat sails.

“Forever  To Go” resounds like a lost B.B. King classic – a beautifully melodic bluesy ballad which lives at the eternal intersection edge of soul and passion – wrapped around an incendiary story of love and commitment and the challenge of fueling the fire over years. A brand new classic. It’s a lesson in effortless brilliance, easily surpassing the challenge of contriving something – a song – to sound uncontrived. This one sounds like it’s been around forever and yet also brand new, which is the supreme achievement.

Twelve remarkable songs, a solid collection, it all wraps up with “The Soul Train’s A Comin’,” a volatile journey along the tracks of electric blues and soul, with some of his most stinging and heartfelt soloing of the entire trip, the vocals and lead guitar linked like those of Hendrix – all this energy and focus emanating from one human, the vocals as electric as the guitar. It’s invigorating stuff. This is blues for the 21st century, perhaps the best music with which to brave the perpetual chaos and crush of information. It’s an anchor in an electric ocean, a place to stop and reflect, to let off steam, to regroup, and to recapture some of what it means to listen to serious men playing serious music.  Hughes is a man with a big heart, a giant old soul, and the eternal blues fury of the best, the guys who invented the blues. It is music of sorrow often, but gives us a reason to rise above that sorrow to enjoy the journey.  This is a reason to rejoice, and it’s the blues from Hughes, blues you can forever use, you got nothing left to lose, so take off your walking shoes, get yourself something frosty, and chill with the man.  You’re in for some real joy.